What are UX and UI and Why are They Important? 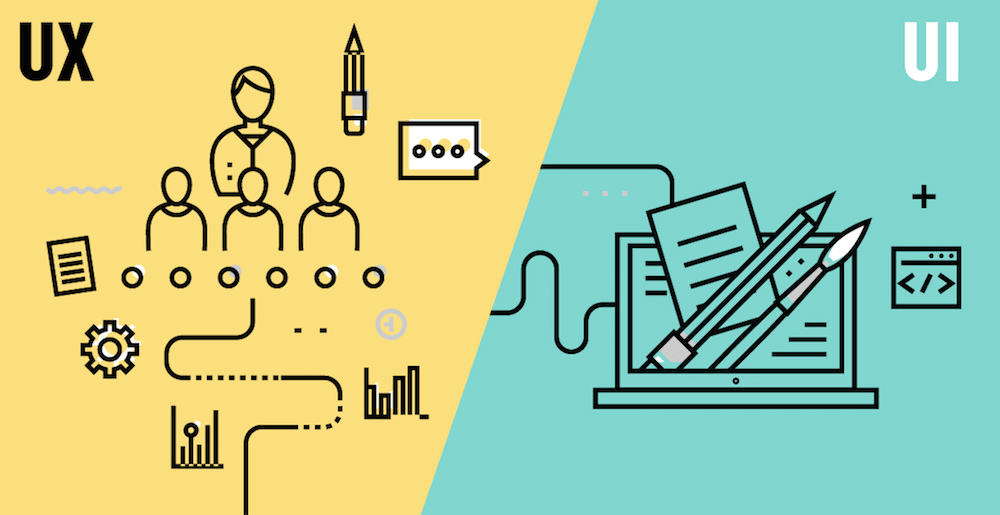 Have you ever visited a website, or used an app, only to close it 30 seconds after you started? Chances are you became frustrated trying to find whatever it was you were looking for, maybe the path didn’t make sense, or the site just loaded extremely slowly. This is where User Experience (UX) and User Interface (UI) come in. A good UX/UI designer will lay out your software with the user at the forefront to avoid the above scenarios.

User Experience and User Interface go hand in hand but are two different things. UX is the process of identifying a pain point or a user need. Once identified, a rough prototype is created and tested. UI is a combination of visual and interaction design. The UI designer makes decisions about the look and feel of the software, also known as branding. This can include things as simple as color and font choice, and get as complicated as transition animation when a user clicks or interacts with different parts of the program. Although both UX and UI deal with interactions you can think of UX as the architects of software, making decisions on a macro level, while UI takes care of all the subtle details.

One of the keys to a successful UX/UI design is the planning period. If you throw elements together without a clear vision, your user will know and will be more likely to find a different resource. Seasoned designers know storyboarding and road mapping are not the most glamorous stage but it is usually the most important. The more the designers know about the process the easier it is to narrow down on the best paths and functionalities for the software.

After decisions are made for the usability of the program it’s important to stick to the chosen path. There will always be unforeseen circumstances that may require a detour, or an extra lane, but focusing on the big picture from the UX designer and the details from the UI designer will help to overcome any obstacles while ensuring an end result your users will love.

While knowing the end goal in the beginning is important, each piece of the puzzle doesn’t need to be planned out at the same time. This process, called agile development, is growing in popularity and is the preferred method at Agilx. Designers and developers alike employ this method in their work, creating an efficient and faster paced workflow for each project.

Are you looking into some custom software design and worrying about how the user experience and interface will be impacted? Then you are already on the right track. Contact Agilx at any time to learn more about what we can do in the design fields and the development fields.

Have an idea? Turn Your Vision into Reality